The breakout success of the South Korean drama Squid Game has prompted a local broadband provider to launch legal action to force the maker, Netflix, to help pay for the huge surge in traffic, the latest flashpoint in the argument over who should carry the burden of the spiralling costs of data fuelled by the global streaming boom.

From Netflix’s latest global sensation and livestreamed Premier League football matches on Amazon Prime Video, to bandwidth-busting traffic when hit online games such as Fortnite or Call of Duty are updated, the demand for internet capacity has undergone unprecedented growth in recent years.

The pandemic supercharged this trend: lockdown boredom and home working helped to fuel the busiest days of internet traffic recorded in the UK, with internet usage doubling last year.

“Every Tbps (terabit-per-second) of data consumed over and above current levels costs about £50m,” says Marc Allera, the chief executive of BT’s consumer division. “In the last year alone we’ve seen 4Tbps of extra usage and the cost to keep up with that growth is huge.”

An overwhelming majority of day-to-day usage, up to 80%, is accounted for by only a handful of companies such as YouTube, Facebook, Netflix and the games company Activision Blizzard.

Allera says the rules that stop companies such as BT from passing on some of the costs to the biggest drivers of the capacity growth – net neutrality rules that stipulate that all internet traffic is treated equally – are outdated for the streaming era.

“A lot of the principles of net neutrality are incredibly valuable, we are not trying to stop or marginalise players but there has to be more effective coordination of demand than there is today,” he says. “When the rules were created 25 years ago I don’t think anyone would have envisioned four or five companies would be driving 80% of the traffic on the world’s internet. They aren’t making a contribution to the services they are being carried on; that doesn’t feel right.”

Last month, the UK telecoms regulator, Ofcom, kicked off a review of net neutrality rules in light of the changing internet landscape, although any change to policy is ultimately up to the government.

Net neutrality advocates fear that any change to its fundamental principles could lead to internet service providers ultimately deciding to block or restrict the speed of some services, and fast-track others who pay a fee, in turn affecting the consumer experience.

“We very much believe in a free and open internet,” says Jon Lloyd, the head of campaigns at the Mozilla Foundation. “All content needs to be treated the same, that is the principle of net neutrality. We have never asked content creators to pay internet service providers before and we shouldn’t now.” The Open Rights Group argues that tampering with net neutrality in the UK could open the door to the internet potentially being “split into a fast and a slow lane”.

However, in the US, Netflix and others have paid internet service providers (ISPs) fees for years to secure faster streaming speeds, while Amazon and Facebook do so in South Korea. “We’ve not seen the widespread blocking or throttling of traffic that was feared,” says Matthew Howett, the founder of the telecoms consultancy Assembly.

Streaming companies argue that they do, in effect, pay for their content being delivered through technical systems that dramatically reduce the costs to internet service providers. Netflix has a worldwide network of its own servers that deliver a Squid Game or Bridgerton to the equivalent of the internet doorstep for ISPs, shortening the distance data then travels to consumers, with the streaming giant paying billions in “transit charges”. Disney has a different system, in partnership with a technology company called Qwilt, although ISPs do also get fees from its model.

“Lately, we are finding that governments and ISPs are increasingly looking to content providers for financial support, arguing they should receive fees to support the deployment of broadband and 5G,” said an executive in the streaming industry. “We feel this is moving towards a violation of net neutrality principles, as consumers who purchase an internet service from an ISP should be able to reach any endpoint on the internet regardless of whether that content provider pays or not.”

Telecoms and broadband providers argue that action taken during the pandemic has proven that net neutrality needs to be revisited. Operators moved to “zero rate” education websites when schools were shut, meaning web users did not run down any data or incur charges to access them, giving preferential access to BBC Bitesize and Oak National Academy over other learning services.

“There is a stress testing of the rules going on,” Howett says. “The challenge is not a new one, it is about increasing margins and profitability for investors and they see revenue opportunities from those big content providers.”

Motivations aside, the boom in data consumption, and the need to manage and pay for capacity, is set to continue at breakneck pace. In 2011, an average household used 17GB of data using the internet each month, according to the consultancy group Communications Chambers. By last year that figure had reached 429GB on average. In November, Disney said it expected the “dizzying” demand for video content to grow ten-fold over the next two years.

“The only contribution being made is by consumers through what they pay or by us, the networks, does that feel fair?” Allera says. “There are other business models that would only require some amendments to net neutrality. We are only talking about the biggest players driving the largest consumption of content and data; there needs to be an evolution of the principles.”

People mistake the internet’s knowledge for their own 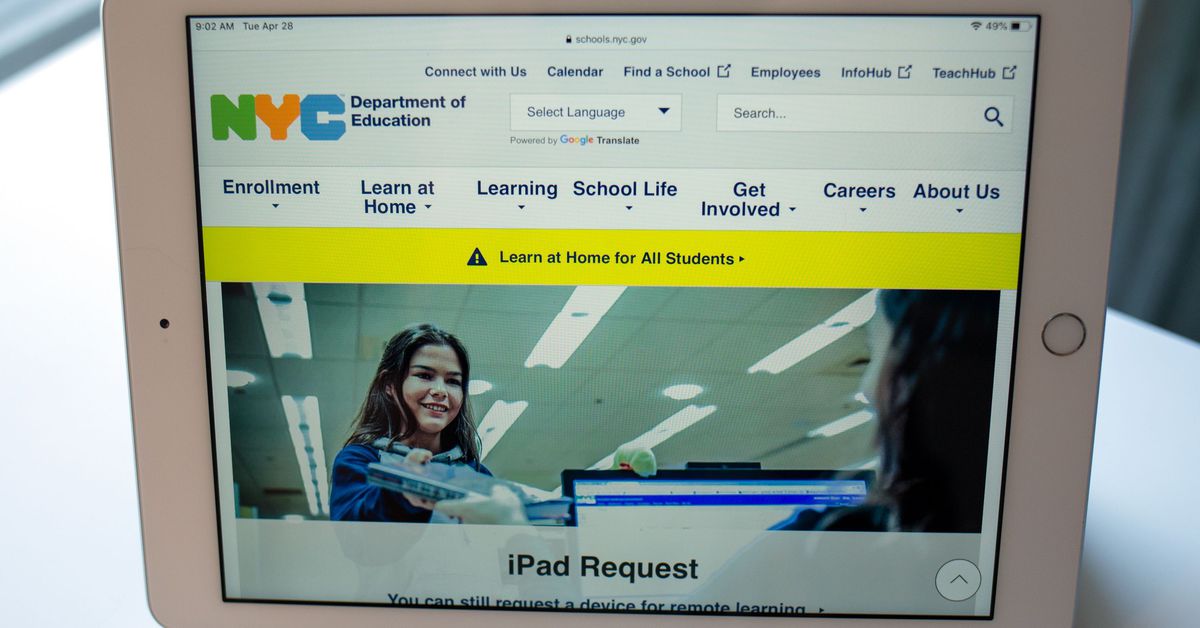 All NYC School Families Can Get $600 a Year Internet Discount