Texans rookie Jalen Pitre leaves the internet baffled after the ball appears to get STUCK to his glove after an interception… but was it something sinister or just a well-executed celebration?

By Ben Nagle For Dailymail.Com

Houston rookie Jalen Pitre left the internet baffled on Sunday after the ball appeared to get stuck to his glove after an interception – but all may not be as it seems.

The Texans have had a difficult season, heading into the final week with a 2-13-1 record, but rookie Pitre has been a bright spark at safety.

This week, though, he hit the headlines for more bizarre reasons, after a video surfaced online of him celebrating in the end zone after recording an interception. 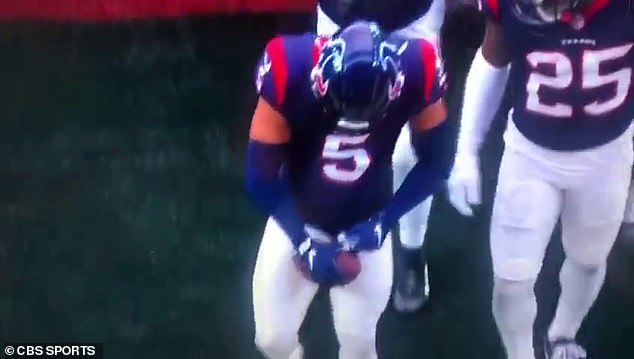 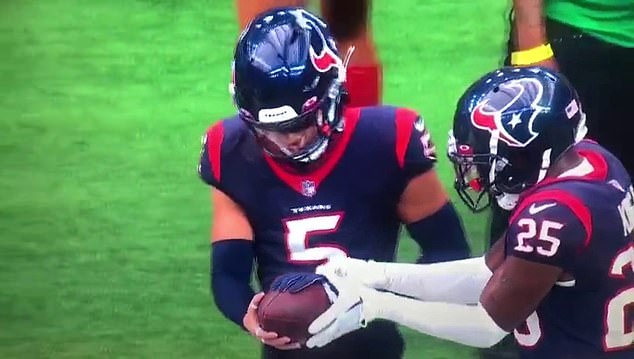 Taking the celebration to new levels, Pitre even took his glove off and left it on top of the ball

Sprinting towards the fans, the 23-year-old can be seen trying to throw the ball into the crowd, only for it to get ‘stuck’ to his gloves, with cameras even showing him taking the glove off and the ball still appearing to be underneath it.

While some fans immediately took to Twitter to share their thoughts on the elaborate celebration, others believed it to be a more sinister act and implored the NFL to investigate.

One article written about the moment argued it will likely spark an ‘investigation from the NFL into the gloves that players are wearing on game days’, while one Twitter user noted: ‘Magnet in the ball. Magnet in the gloves.’

The majority of social media, though, spotted the glove fall off the ball when it was thrown to the ground, a split-second of the clip revealing the truth. 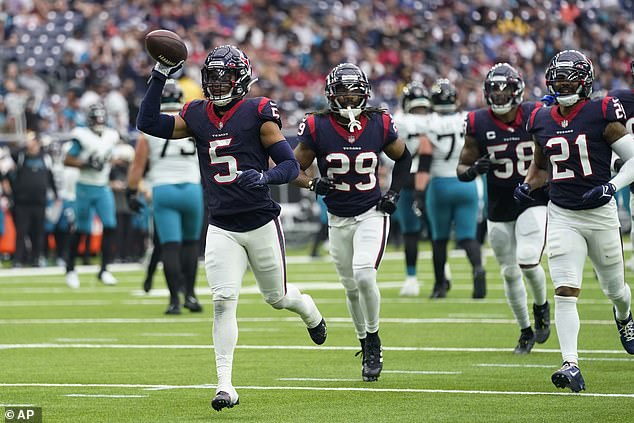 Pitre has been one of the standout rookies in the NFL, despite the Texans’ awful losing season 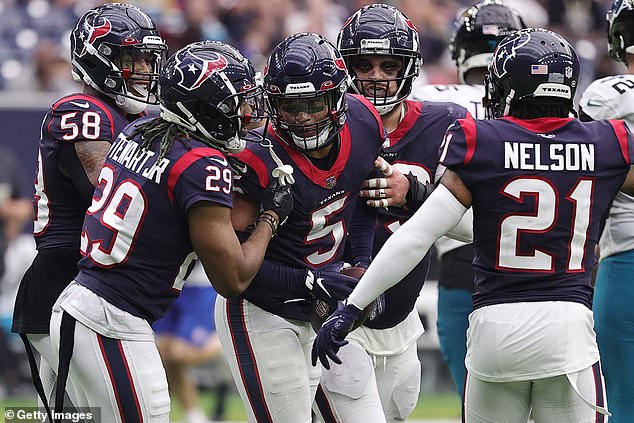 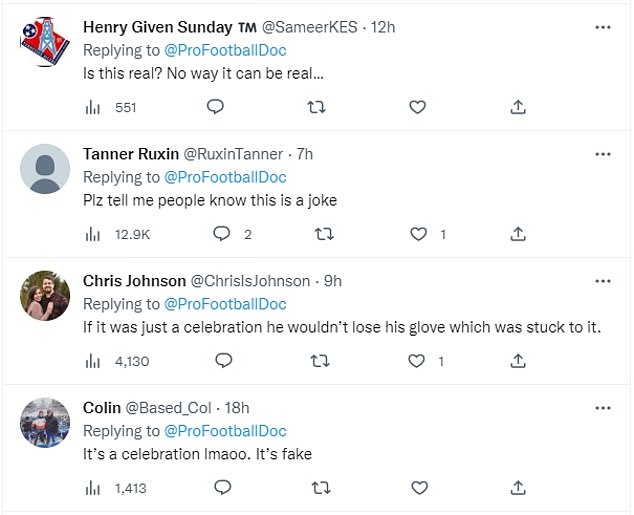 There was a mixture of reactions on social media, with some insisting it was just a joke

Although his tongue appeared to be in his cheek, David Chao urged the NFL to investigate

‘Lmaooooo!!! Everyone in the comments really think it’s glued,’ one fan said. ‘It’s a celebration. It’s clear that when he drops the ball the glove falls off and skips to a clip were his teammates already picked up the ball and continued playing along.’

Another shed some more light on the situation, adding: ‘Come on, that’s a celebration gimmick. The glove fell off the ball when he took his glove off, and you could see King positioning the glove (unstuck) on the ball when he handed it back to Pitre.’

Hilariously, one Texans fan weighed in and said: ‘Bro we lost 31-3 and y’all accusing us of cheating. We just trynna survive out here man.’ 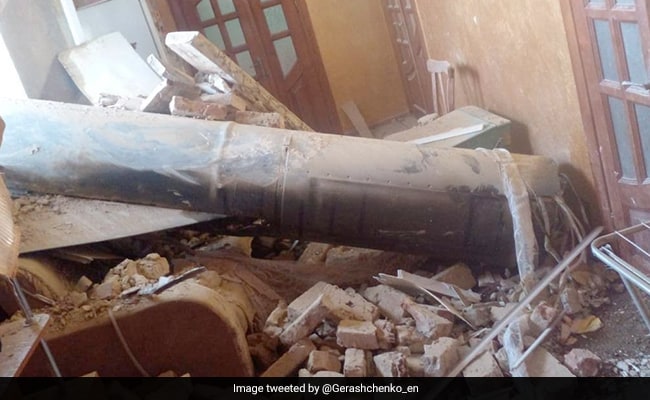